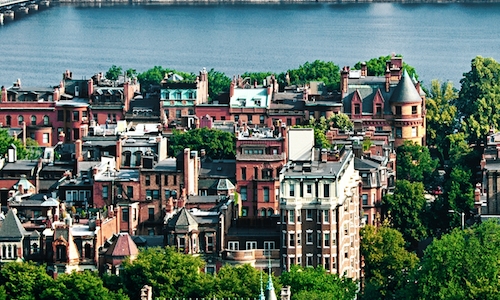 Home price increases have not been uniform throughout the area, according to the study. The Urban Institute finds that home prices in the inner city have risen substantially faster than inner and outer suburbs.

In Boston, home prices rose by 61 percent between 20017 and 2017, while Cambridge rose 76 percent and Somerville an eye-popping 89 percent in just 10 years. Suburbs inside Route 128 rose between 45 and 59 percent, and communities in the Interstate 495 corridor saw modest increased of 32 percent (Natick) to even a reduction in home price by 7 percent (Lincoln).

Despite the substantial home price increases in and around Boston, the data shows that the city’s residents have been able to handle the situation. The Urban Institute does not believe Boston is headed for a housing bubble, as its 2017 housing bubble watch list puts Boston at No. 20 out of 25 major cities.